What Dads Need to Know: Say No Without Saying No 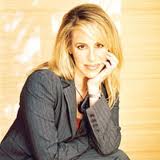 Kids need boundaries and limits. Saying no to your child helps build her char­acter and provides discipline. It teaches her to tolerate not getting what she wants and to handle delayed gratification—and ultimately it will teach her how to say “no” to herself (“Do I really want that second piece of chocolate cake even though I am full? No, I think I’ll pass on that.” Or “I’m tired—maybe I’ll skip calculus today. No, actually that’s not in my best interest. I should go to class”). That said, you should never say “no” to your child just for the sake of saying “no” because that would be disrespectful.

I say “no” twenty times a day but I almost never say the actual word “no.” Why? If you say “no” all day long, the word loses its significance and power, and kids start to tune it out. I save “no” for a child who is reaching to touch a hot stove or about to run out into traffic. Used selectively, “no” is taken very seri­ously.

A study done by Drs. Betty Hart and Todd Risley found that three-year olds who were exposed to constant reprimands such as “No,” “Don’t,” and “Stop it” had poorer language skills than kids who received less negative feedback. They also had lower IQs — perhaps because they were exposed to less language. If you just say “no,” your child hears one word, whereas if you say, “Please don’t do that” or “How about if we play with this toy instead?” you’re exposing her to multiple words, increasing both language development and IQ.

Here are ten ways to say “no” without actu­ally saying “no”:

– Tell your child what she can do instead.

– Validate the desire behind the request without granting the request.

One other tip: Baby-proof the rooms in the house that your child has access to and you won’t have to say “no” quite as much.

Dr. Jenn Berman is a Marriage, Family and Child Therapist in private practice in Los Angeles. She has appeared as a psychological expert on hundreds of television shows including The Today Show, The Early Show, and CNN. She hosts a live daily call-in advice show called “The Love and Sex Show with Dr. Jenn” on Sirius/XM’s Cosmo Radio 5-7 pm PST (heard five hours a day seven days a week). She is the author of the LA Times best selling books SuperBaby: 12 Ways to Give Your Child a Head Start in the First 3 Years and The A to Z Guide to Raising Happy Confident Kids, and the children’s book Rockin’ Babies. Dr. Jenn is also on the Board of Advisors for Parents Magazine. In addition, Dr. Jenn has an eco-friendly clothing line for adults and children called Retail Therapy. All the tees have positive “feel good” messages and are made of organic and recycled materials. Dr. Jenn lives in Los Angeles with her husband and twin daughters. For more information on go to www.DoctorJenn.com or follow her on Twitter at www.Twitter.com/drjennberman and www.Facebook.com/DrJennBerman.

2 Responses to What Dads Need to Know: Say No Without Saying No