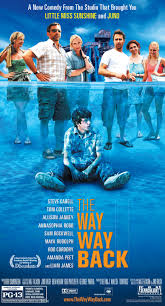 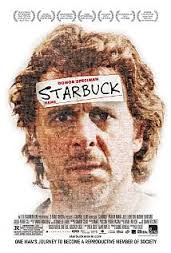 I’m such a film geek that I used to keep a journal of all the movies I saw, complete with the pompous commentaries of my early-20s bohemian phase. My celluloid nerdiness turned off most of the girls I dated before I found the one woman who liked classic-film double features as much as I did (I married her). I even studied screenwriting in grad school and now teach motion-picture history and production in high school.

So the fact that I’ve gone to a movie theater twice this year says a lot about two things:

I still view films at home, though, again, I have so much less time to do so and none of my kids want to watch anything featuring black and white, ‘70s fashion, or subtitles.

While fatherhood has definitely put a put a crimp in my reel life, it has also contributed layers of perspective for my movie-going experience.

The first movie of those rare theater visits was Starbuck, which involves a 42-year-old serial underachiever named David who, in his younger days, donated sperm – often. When David’s girlfriend reveals she’s pregnant (via the old-fashioned way), she offers to raise the child without him. However, David wants to be involved and pledges to prove he can be responsible. Soon thereafter, an attorney from the sperm-donor clinic informs this loveable loser that his “quality” sperm has produced 533 children, many of whom have filed a suit to be able to contact him.

Against the advice of his single-father lawyer friend, David drops into the lives of his now-grown kids, anonymously helping them like a guardian angel through difficult situations. This is where the film hit home for me, as David’s paternal instinct and know-how accrued from his failures drive him to help the kids he so impersonally fathered. It is indeed an endless circus act to parent my children, maybe not as hard as nurturing 142 of them like the movie character, but it is something I feel compelled to do. And few things make me as satisfied as teaching them lessons I’ve learned from my own mistakes.

Late in the film, David’s immigrant papa decides to help his wayward son reach his fatherly potential because the dad has always seen the true soul of David. The scene reminded me of how my own father has believed in me, despite my mistakes, and it highlighted my need to recognize the gold in my sons’ characters, no matter what they do to make me mad or disappointed. 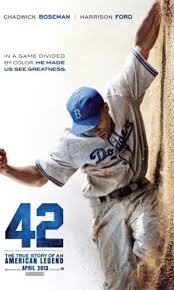 The other movie that watered my 2013 film-going desert is 42. Although it’s less directly about fatherhood, I can’t think of another motion picture I so intensely wanted to take my children to other than this one about Jackie Robinson’s breaking of Major League Baseball’s color barrier in 1947. I’m a huge baseball fan, having shared ballpark visits, stories, and statistics with my father for a lifetime. For the most part, my sons could care less about the game, but wanted to see 42 before I even asked them because their friends had been talking about it for weeks.

In the theater with my three boys as well as another dad pal and his son, I was never prouder to be a father as we watched the story of a man of integrity, smarts, and athletic talent who weathered the heavy weight of racism to survive and thrive in baseball. My kids had questions before, during, and after the film about American history, allowing me to be a teacher and dad at the same time. Since I actually knew most of the answers, my ego floated on cloud nine. The film was an all-too-rare opportunity, amidst entertainment fare about apocalypses and cartoon mayhem, to bond with my kids over subjects that were explained to me by my father when I was a lad.

Inspired by 42, my youngest son more regularly wants to play catch and all my boys have taken at least an occasional interest in baseball. We even watched another of my favorite baseball movies, The Natural, which allowed me to talk to my kids about folk tales, ambition, and wonder.

Films continue to be a huge part of my life. I love to watch them on my own, but nothing beats the shared experience in a theater to start conversation and connect emotionally about topics we hesitate to bring up in the course of a normal day.

For Father’s Day, I don’t really need much. Just take me to the movies.