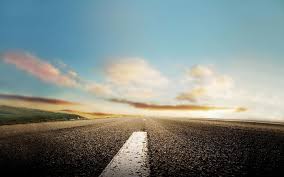 It was my eldest son’s first winter break since he started college, and I was so happy to have him home that I had all kinds of plans. We’d watch movies, take in a concert, hit up a couple of his favorite food joints, and just sit around so I could stare at my first born.

Benjamin had other plans.

“How many days are you planning for this road trip?” I asked.

Benjamin put a consoling hand on my shoulder, our father-son roles reversed.

“It’ll be OK, Dad. I’ll have plenty of time to hang out with you when I get back.”

Fighting my selfish inclinations, I recovered my concerned parent persona.

“Who’s car are you taking?”

“Jamie’s. Don’t worry, Dad, it’s the one with the most safety features.”

“And you’re driving in shifts?”

“Of course. All four of us will take a turn driving.”

“Four dudes in a car with luggage? That’s going to be a close fit.”

I stopped at this. After all, my son was old enough for a road trip, despite my worries. Best of all, he was going with some of his closest buddies to visit another pal in the next state. Over the course of 10 years, these kids became friends at overnight camp, where they lived, played, ate, got in trouble, and eventually worked as counselors together each summer.

Along with those kids came great parents, some of whom voiced the same concerns when the families met for dinner the night before the boys’ journey.

“How many of you are packing into the car?” Jamie’s mom inquired.

““You have to be careful about not distracting each other,” Joe’s mom said.

“You’re all staying at Mitchell’s house?” Jamie’s mom continued. “Does his mother know that?”

“She definitely knows,” my son confirmed.

“Well, we’ve certainly all had Mitchell stay with us over the years,” Wendy offered. “Last summer, he sent just his laundry with Benjamin on a staff day off.”

We all laughed at this, one of many examples of how the boys have managed to extend their relationships to each other’s families. Skeptical as we were that night, we made a few more micromanaging suggestions about eating, driving, and being safe, then collectively gave them our blessing for their adventure.

In this month of February, as my wife and I make the final decision on sending our younger two boys to overnight camp, we are bolstered by the benefits we’ve seen Benjamin receive from his summer experiences. His months away with the guys he road-tripped with, as well as several other significant friends, gave him shared experiences that go well beyond what he had during school terms. Overnight camp allowed these boys to see each other at their best and worst, in the early morning and middle of the night. They formed bonds that have made them feel like family.

Mind you, tuition for overnight camp has been expensive, often to the point where we’ve struggled to finance the costs. Yet, of all the things we have spent money on, camp has brought golden value not only to Benjamin, but also to our other boys. They’ve learned independence, tried activities that expanded their self-confidence, and managed to survive on food they sometimes didn’t like.

Most of all, though, they have been educated in the complexity of socialization. Without parent hovering, but under the care of trained counselors and professional supervisors, they’ve lived and played with all kinds of people. They’ve had to get along with kids they didn’t like and some that didn’t like them. Because of round-the-clock time with each other, sometimes the dislikes turned into likes. Our boys have had to learn about emotions in themselves and others, even early romance, that could not be explored in a typical school day. They’ve met people from other parts of the country and from other cultures, getting to know details about them that could only come from their month of living together.

While it’s not a guarantee that my younger boys will maintain the kind of friendships my eldest has with his road-trip buddies, it is apparent that camp is helping them gain the skills to find deep relationships.

Regarding that road trip, Benjamin and his band of merry men managed to come home in one piece. They made some mistakes, but also learned from an experience no parent can ever really teach. As we did with overnight camp, we had followed the belief that the best thing a parent can do is launch our kids, then let them learn on their own. Of course, it helps when they have good friends to go along for the ride.

2 Responses to A Road Well Traveled