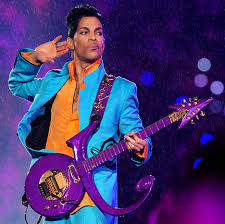 In 2011, I published the following piece about taking my sons to a Prince concert. I don’t get a lot right in my typical daily parenting, but this is one I nailed. Forcing my kids to see a musician who has meant so very much to me in my sense of the musically possible and the downright moving was one of my better calls. When he died, both my elder sons texted me the news as Prince’s concert and his work had become a shared experience. Man, I will miss the Purple One. Long may his music live. Long will his music live.

As a 14-year veteran of Father’s Day, it’s time to admit I am frequently as immature as my children. I throw tantrums about things like my sons’ inability to acknowledge my voice until I raise it and the fact that I still can’t get through a night without a child waking me for water or (after climbing into our bed) “accidentally” kicking me in the groin. Yet, nothing sets me off as much as accusations of unhipness. Here’s a text exchange between my thirteen year old and me: Me: We’re seeing Prince tonight. The $25 seats are too hard to pass up! Benjamin: ??? I dnt really wnt 2 Me: He is a legend and amazing in concert. Benjamin: blehhh nooo Frankly, I had already anticipated this reaction, along with my son’s top reasons for refusing to see the artist formerly known as The Artist Formerly Known as Prince:

Given my understanding of these points, I should have showed patience with my eldest son. Better yet, I should have been content with the feedback from my nine year old, who cheered when I announced I was taking him to his first genuine rock concert. After all, Jacob is the one who asks me questions about music-star backgrounds, recognizes classic tunes within the first few notes, and joins me in singing Daddy’s favorite songs in the car.

But I could not leave well enough alone. In the hours before leaving for the show, I argued with Benjamin about why he had to go. Over time, our exchanges escalated:

Me: You’ve listened to a few seconds of two songs.

Benjamin: That was enough.

(Medium disagreement) Me: Prince will be remembered long after your foul-mouthed rap stars are gone.

Me: Actually, I was listening to rap when it was invented.

Benjamin: Rap has gotten so much better since a hundred years ago.

Me: You have to go! I paid for your ticket!

Benjamin: Fine! I will go, but just because I would feel guilty the whole night if I didn’t!

At the concert, it was a mixed bag to have Benjamin with us. We got there at 7pm and were upgraded (that night of the tour was not sold out yet) from the upper-deck to a dozen rows from the floor. “These are the best seats we’ve ever sat in,” Benjamin said as he eyed the nearby stage, shaped in Prince’s glyph symbol.

After a prolonged lead-in, the Purple One made his dramatic entrance, which had Jacob and me standing in ovation with a crowd of people of all ages. The man behind “1999” and “Kiss,” was then every bit as entertaining as I imagined. His voice soared, his guitar wailed, and his backing musicians rocked. Benjamin refused to stand much during the dancing everyone else engaged in, but I did catch him occasionally looking transfixed by a brilliant musician who transcends time.

With the performance starting so late, I had to pull myself — and my energized middle son — away early from a show that went on past 1am. As I drove home with my boys asleep and my ears ringing from “Let’s Go Crazy” and “Housequake,” I wondered if Benjamin had a better time than he expected.

Then I stopped the internal debate to prove my hipness. It really didn’t matter. This night was more about wanting to share music I loved with my kids. It was a gift to myself. One day, Benjamin might appreciate that his dad took him to see a legend in concert. But on this night, I was just happy to have my sons standing with me in the “Purple Rain.”