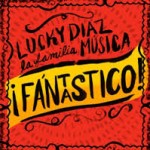 May is proving to be bounty not just for moms, but for music lovers at all levels of a family. We kick off our children’s music reviews with an ensemble that made my list of favorites last Mother’s Day month, Lucky Diaz and the Family Jam Band. Few bands make me happier than Lucky, Alisha, and the gang, who do so, this time, in Spanish. !Fantastico! marks the group’s first recording todo en español and it’s full of the same style-hopping music they’ve been delivering on their English-language albums. Among the most savory bits here are the surfer rock of “Gato Astronauto,” the Go-Go’s-like “A Bailar,” and the Louis Armstrong-meets-the-Delta-Blues “¿Que Dices?” 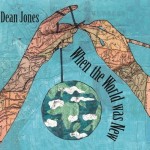 Another of my all-time fave family music people is Dean Jones, who’s been busy producing recent albums from Ratboy Jr., his celebrated group, Dog on Fleas, and a new disc (reviewed below). The Grammy-award winning kindie rock impresario fills When the World Was New with wonder and beauty. Standout tracks include the title song, which asks kids to imagine the world before civilizations; “Stand With Me” (with Shamsi Ruhe on vocals), which offers a vision of working together, and “Join a Rock ‘n’ Roll Band,” which suggests ways to explore passions and what’s around us. Jones has once again produced a record that challenges and soothes youthful ears. We are so fortunate to have him making music for us. 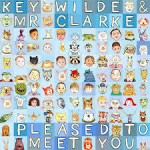 The brand-new project produced by Dean Jones comes from Key Wilde & Mr. Clarke, a songwriting and performing duo who have been crafting clever tunes together for more than two decades. On Pleased to Meet You, their second full-length family album, humor and sophisticated arrangements boost such songs as “Raised by Trolls” (given a Ray Davies-style feel by British born Mr. Clarke), “Wander Round the World” (firmly rooted in Americana with Texan Key Wilde leading on vocals), “Eggplant Man” (strangely catchy), and “Falling Star” (a simple gem featuring Wilde on ukelele).

Additional goodies for this month include Whatever I Want to Be, by Ilana Melmed and the Young Avenue Kids. This album has Melmed and remarkable kid voices singing original lyrics to classical music by everyone from Rossini to Grieg. Lastly, Roger Day teaches children about coastal ecology in a DVD of musical performances called Marsh Mud Madness. Filmed at the Savannah Music Festival and at the University of Georgia Marine Institute on Sapelo Island, the production is swimming with fun and thoughtful songs about the indigenous coast-dwelling plants and animals.