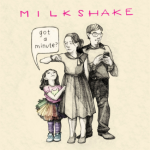 The Baltimore-based kindie rockers, Milkshake, headline the children’s music reviews for this month. Their new album, Got a Minute?, is the group’s fifth for kids, following their 2009 Grammy-nominated Great Day. For this project, each song’s playing time hovers around that proverbial minute, with a few eclipsing the two-minute mark. Remarkably, each tune fulfills Milkshake’s standard of excellence, with eclectic musical styles and lyrics that apply to kids (mostly of the tween-age variety). Standout tracks include the title song (with its driving electric guitar), “We Just Wanna Have Fun” (with a bagpipe charge at the forefront), “One Day” (featuring lead singer Lisa Matthews’ daughter, Jesse, singing her original composition), “One of a Kind” (with band co-leader Mikel Gehl’s son, Eric, on drums), and “Practice Makes Perfect” (with its message about effort). On Got a Minute, Milkshake offers real and rock steady music that represents the band’s growth and the development of the audience that has been listening to them for all these years. 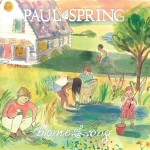 As a longtime English teacher, it’s hard to resist the debut recording of Paul Spring, Home of Song, a singer-songwriter and English instructor. Produced by Dean Jones (of Dog on Fleas) and Joe Mailander (part of the Grammy-winning duo of the Okee Dokee Brothers), the album marries great roots-based music with superb storytelling. WIth an easygoing voice that sometimes reaches the transcendent timbre of Rufus Wainwright (especially on the title tune), Spring traverses the road on “Sloppy Jalopy,” flies high with literary references on “Peter Pan,”  and sunnily enlightens us about friendship with “Sherlock Holmes.” The CD is a true find and I could not be happier to recommend it as one that will likely appear on my “best of” list by year’s end.