All’s Fair in Love and Bros 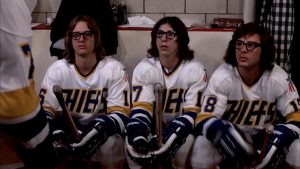 The back seat. That dreaded section of the car that offers so much potential for sibling harmony. And yet, this seemingly innocuous space invariably serves one purpose — to be the horizontal haven of havoc.

Once my youngest child was old enough to leave the sanctuary of his car seat, he and his brothers formed a murderer’s row. I can’t remember the last time we had a ride that did not include a protest about not having enough space, a complaint about the unfairness of sitting in the middle, or a sharp elbow to the face, followed by a headlock, a foot stomp, and several cries for help.

I’m not really sure what my children think I can do for them in their moments of seatbelt-enhanced mayhem. I am often the one driving, so it’s unclear why they do not understand that the usual results from their mobile ring of wrestlemania are their own pain and me blowing more gaskets than exist under the hood of the car.

How I wish I could get my boys to resist their caged animal instincts. I’ve tried pre-trip lectures, incentives, even a couple of head-in-my hands emotional breakdowns on the side of the road. While the fighting may be dangerous given its distraction to me and my wife as drivers, what really gets me is how awful they treat each other in these situations. When these incidents occur, I despair that my boys will never be good friends and will decide to isolate from one another as they get older. Like most parents, I want my children to feel they can count on each other well beyond the efforts we make in their formative years.

However, for all my worries, the years of parenting multiple children have taught me that my sons’ warring ways belie their true adoration for each other. Whatever the conflict is, my boys do love each other. Ironically, their affection is built on constant testing. No matter how hard they hit each other, they will hug it out before the end of the day (sometimes two days, but who’s counting).

As a parent, it’s difficult to maintain this perspective, but it’s also fascinating to watch their dynamics play out. Between our oldest and youngest kids, who are separated by more than six years, we’ve seen how much effort Ari makes to get Benjamin’s attention. Ari tried wrestling many times, but Benjamin just wouldn’t engage — or would simply slug his brother to finish things off. So Ari has done everything from hiding in Benjamin’s room and jump-scaring him to squeezing between our eldest and his girlfriend on the couch. Usually, Benjamin yells at Ari to go away, which takes several efforts before the annoying younger brother responds.

My wife and I can hardly disagree that Ari is super abrasive in these instances, but we feel bad for both parties. Ari will sometimes look crestfallen that his brother denies his presence and Benjamin appears on the brink of insanity while warding off the assaults. But for all the years of tension, these two cuddle the most when it’s time to watch a movie. And recently, when Ari had a slight medical concern, Benjamin (who now studies Microbiology in college) was the one to ease his fears the most.

With Jacob, the proverbial middle child, everything is about competition with his brothers. Between Jacob and Ari, things have always been the most contentious. Closer in age, these two battle over everything, from who gets the bigger scoop of ice cream to who receives more time with the grandparents. Over the years, Jacob has jealously filched Ari’s candy stashes and best sweatshirts (when they were both similar in size). After years of being pounded on, Ari now has a habit of ragging on his brother for getting zits or having B.O. These two fight the hardest, but they defend each other the most when anyone else — including us parents — get in the way.

For Jacob and Benjamin, they too have battled over the years. Jacob often compared himself to his older brother in school, saying Benjamin wasn’t a cool dresser and bragging about his teachers liking him more than they liked Benjamin. When Jacob would ask Benjamin for help in math or history, the elder boy would throw him out of the room. Yet, these two competitors have become allies, with Jacob happily inheriting Benjamin’s hand-me-down concert t-shirts, and Benjamin frequently giving his brother life advice.

Watching these boys form their bonds over the years is one of the most gratifying aspects of parenting. Seeing them do it through an unending series of slugfests, insult contests, and chaotic car rides may make it a harrowing adventure, but I’m pretty certain it’s the battle-testing that will keep their ties strong.