Guest Blog: 3 Most Common Parent-Kid Fights and How to Stop Them

When I was a teenager it felt like my parents and I got in the same fights over and over again. After working with thousands of teens and parents I have realized that there are several common fights parents have with their teens. Below, I have described these three fights and offered some solutions for stopping the argument cycle.

– Older brother gets to stay out late with his friends. Teen finds this grossly unfair.

– Parent gets to have soda, child does not. Teen finds this grossly unfair.

– Teenager cannot buy new outfit for dance because it is too expensive. Teen finds this grossly unfair.

Emotional Intent: When you hear a teen talk about how unfair something is, what they are often feeling is, “I am not important or special enough.” If you feel like your teenager is constantly arguing about justice or fairness, they are most likely feeling like they are not being heard or cared about enough to get what they want. Of course, this is usually not the case. In the examples above parents would be worried about safety, health and money, while teens feel like they are not as important as their sibling, that their parents do not understand how important the dance is, and so on.

Solutions: The best way to stop the “it’s Not Fair” fight is to address the emotional intent. The best way to do this is for parents to push into the “it’s not fair” feeling from their children instead of pushing against it. For instance in the new outfit example a parent might say to their teen, “I hear you think this is unfair, will you tell me why?” A teen will most likely respond, “You buy stuff for yourself all the time,” or “But I deserve this dress.” These answers are important because it will show the parent the emotional intent behind the upset and feelings of injustice. If a parent addresses these by saying something like, “I could see how you feel like us not buying this for you is about you not feeling worthy. But the truth is we are trying to save for the big vacation we are taking this summer—which is for all of us. I know how important this dance is for you. Maybe we can get you a new pair of shoes or…” then the fight is stopped.

– Teen wants to be able to stay out late with friends. Parents say no. Teen thinks they are being treated like a child.

– Teen wants to go away for Spring Break, parents say no. Teen thinks they are being treated like a child.

Emotional Intent: Most fights during the teen years are actually based in this ‘treat me like a grown-up’ motivation. The earlier you can catch and address it the better it will be. It derives from the fundamental pulling away that comes with a teen trying to assert their independence.

Solutions: It is very important for parents to discuss reasons for decisions that are making a teenager angry. This way teens are sure to understand the real reasons for a parent’s choice. Another great way to help teenagers get less upset in fights surrounding their maturity is for parents to help teens feel mature in other ways. For example, perhaps parents do not want their teen to go away for the whole Spring Break because they want to have family time. A great way to address this with teens is to say clearly, “We really want to have family time with you, but we know you are getting older, so how about you do a weekend camping trip with your friends for one of the weekends.” This teaches teens you trust them, but it is all about balancing needs.

3. The “We Are a Different Person” Fight

– Teen does not keep room tidy, parent gets upset when guests come over.

Emotional Intent: Often times teenagers tell me that they will purposefully keep their room dirty or choose unapproved hobbies just so they can be different from their parents. Parents frequently misinterpret room cleaning or bad grades for laziness, when something deeper might be going on. Teenagers often will ‘misbehave’ or fight with parents simply to show them that they are their own person—even if it gets them into trouble.

Solutions: First, it’s important to make sure that you do want your child to be their own person. Be careful not to push expectations or your own goals onto your kids. Second, make sure teenagers know that some of the requirements you have for them (good grades a tidy room for guests) are not to make them feel less like an individual, but for them to have more choices in their future and to present a nice home to guests. I recommend parents being very direct with teenagers about their need to be ‘their own person’ you might be surprised what common fights are actually based in this emotional intent.

Overall, fighting can be stressful, but teenagers often tell us that ‘fighting’ with their parents is their way of discussing issues. Look at fights as a way of getting to know a new aspect of your teens and be open with them about hoping to stop harmful cycles.

Vanessa Van Petten is one of the nation’s youngest experts, or ‘youthologists’ on parenting and adolescents. She now runs her popular parenting website, RadicalParenting.com, which she writes with 120 other teenage writers to answer questions from parents and adults. Her approach has been featured by CNN, Fox News, and Wall Street Journal. She was also on the Real Housewives of Orange County helping the housewives with troubled teens. Her new book, Do I Get My Allowance Before or After I’m Grounded?, was just released in September 2011 with Plume Books of Penguin USA.

Reaction to “Beyond the Lesson Plan”

My friend Adam Turteltaub, one of the best dads and human beings I know, had this reflection in response to the column about the need for teachers to go “Beyond the Lesson Plan.”

Adam explains, “My least favorite teacher was my art teacher. He was famous for his long, grey hair and even longer, grey beard at a time when all teachers wore their hair short. He would give long lectures on the environment or whatever else he felt like. One day, bored out of my mind, I was absent-mindedly clicking open and closed my watercolor tin, and he pointed at me and announced to the class, “It’s idiots like this that make it impossible for me to teach.” It was way out of line, and after class, I asked him if he just called me an idiot in front of the class, to which he replied, “If the shoe fits, put it on.” Idiotic on his part.

“I told my parents who told the school, and the art teacher never looked me in the eye again.

“I related that story to a group of old elementary school friends on Facebook. It was fascinating to see the responses. Some, who had talent, were lavish in their praise of him and what he did for them. Others, who  were untalented like me, were scathing. It made me think that a truly good teacher is one, like your Dr. Kleinz, who was as good for the good students as he was for the bad ones.”

What Dads Need to Know: Helping Kids Learn from Mistakes 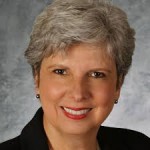 As adults, we all know that making mistakes is part of life.  What’s important is how we learn from them.  Yet, many children are growing up in a society that pressures them to be perfect – to get the highest SAT scores, to land prized scholarships, to get into the best universities.  Some parents complete or correct children’s homework to get them a better grade. So how does all this focus on testing and perfection affect kid’s learning?  And how can we help them learn from mistakes?

I recently came across an article in Scientific American, Getting it Wrong: Surprising Tips on How to Learn that supports a number of learning and developmental theories.  Historically, many educators have created conditions for learning that do not encourage errors.  And parents have followed suit.  For example, if we drill children over and over again with the same math problem, they will eventually remember the answer. And if they are lucky, they will remember the answer on a standardized test.

This approach to learning assumes that if students are allowed to make mistakes, they will not learn the correct information.  However, recent research shows this to be an incorrect assumption. In fact, studies have found that learning is enhanced when children make mistakes!

Whether it involves homework, developing friendships, or playing soccer, learning is enriched through error.  Learning from mistakes is part of how kids are challenged to learn to do things differently. It motivates them to try new approaches.

Carol Dweck, a professor at Stanford, studies the importance of challenging children, even if they get things wrong.  Her research shows that praising children for their intelligence can actually make them less likely to persist in the face of challenge.  She and her colleagues followed hundreds of 5th grade children in New York City schools.  One group was praised for their intelligence while the other group was praised for their effort.

I will never forget a ParentNet Meeting I facilitated when my daughter was in 8th grade.  One father in the group, a business executive with Microsoft, asked the other parents, “How do I let my daughter know that I still love her even if she makes mistakes?” There was a brief silence. Then someone said, “Have you ever told her?”  Another silence. Then tears came to this father’s eyes.  “No,” he said, “I haven’t. But I will now.”

That moment of simple realization was profound for all of us. Do our kids really feel that our love is dependent upon being a perfect student?  I’m sure we all went home and reinforced this message of love to our kids – just in case it wasn’t already loud and clear!

Children make many kinds of mistakes – some are simple and some are more complex.  For example, some mistakes, like forgetting a homework assignment or not studying for an important test, have expected consequences. Others like lying, cheating, or actions that negatively affect friendships, have more complicated causes and are more complex to remedy. But all mistakes contain seeds of learning.

Dr. Marilyn Price-Mitchell is a developmental psychologist and researcher.  A mother, stepmother, and grandmother, she is founder of Roots of Action where she brings evidence-based research on youth development to popular audiences.  She writes a column for Psychology Today, The Moment of Youth. She is president of the National ParentNet Association, a nonprofit organization devoted to building parent-school-community partnerships that help kids succeed in school and life.  Connect with Marilyn on Facebook, Twitter or at www.mpricemitchell.com.

Food and parenting mix beautifully on this blog, written by single dad, school principal, and marvelous cook Don Wilson. Feeding Andrew chronicles how Wilson parents his teenage son and provides delectable recipes for a wide variety of foods he plates for his kid. A recent blog entry is about Wilson’s own dad, himself a writer, who tells a story about a bond with his late dog.