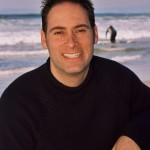 Gregory Keer is an award-winning columnist, educator, and on-air expert on fatherhood. He has written his Family Man® column since 2001, when he began the monthly stories of life as a modern dad while he served as editor-in-chief at Los Angeles Family magazine. Over the years, the column has been read by hundreds of thousands of readers across the country in dozens of parenting magazines both in print and online.

Keer’s Family Man® columns have won four awards (three Gold, one Silver) from the Parenting Publications of America (PPA), including the 2011 Gold-award in the Humor Column category.

As the editor/publisher of FamilyManOnline.com, Keer has run one of first magazines dedicated to the father’s perspective. Since 2003, the site has maintained its position as a widely read fatherhood site in the U.S. and abroad. Recently, Parents Magazine named FamilyManOnline.com one of the Web’s Best Daddy Blogs. In addition to his columns and blog, Keer critiques “kindie rock” and has been named by Zooglobble as one of the country’s leading reviewers in the ever-growing world of family music.

Keer’s story-telling columns and advice-oriented articles have led to numerous print, Internet, and TV appearances. He has been on air with PBS, FOX News, and Washington Post Radio, as well as a number of local news programs. His articles and expert quotes have been published in USA Today, Parenting magazine, Newsday, Redbook, Disney’s Family.com, Parents-Choice.com, Parenthood.com, and EducationWorld.com. Additionally, Keer’s work has been published in textbooks on parenthood and education.

As a high school educator, Keer works with teens as a grade-level dean, director of student co-curricular activities, and a teacher of Film, History, and English. At home, Keer and his Child Development Professor wife are frequently outsmarted by their three boys, ages 6, 9, and 13.